I know, you’re probably thinking that based on my sporadic posting that I’m going to tell you I’ve decided to stop blogging. Sorry, you’re not off the hook that easily, I have to have someone to share my gibberish with. Today marks one week of not breastfeeding. I left last Thursday for Chicago and then Georgia and was gone almost 5 days during which there was no frozen milk supply or any alternate to whole milk. Granted she’s 19 months old, so it’s not really a problem except she loves to nurse. Apparently not enough lately though, because unlike in January where I couldn’t make it without pumping while we were in Vegas, I had absolutely no problem in Savannah. Simply because there was no milk.

How do you explain this to a 19 month old who clings to you and yells “eat eat eat”?  I thought each day would get better, but it seems each day is a little worse. It tears at your heart, I want to give in to the fact that I know she just appreciates the sheer comfort of it, but at the same time I know I’m just postponing the inevitable. So I redirect, offer attractive snacks at times and in amounts never before heard of, how about marshmallows, disgusting chemical filth I would probably not normally give you, sure you can have fistfuls, how about a sucker or cookie or here just lick the sugar from the bag. Anything to make you happy, since this is breaking my heart just a little bit. It’s made worse by knowing she’s probably going to be the baby forever and you want everything to last forever with the baby, really you just want to stop time and keep them little forever.

Except we can’t. From the minute they are born they are growing away from us, first they roll away, crawl away, walk away, eventually they make new friends and want to play with them, next they are off at school and we become less and less important until finally the day comes when they go out into the world on their own, away from us. Yet no matter where they go, there is a part of them that are always secure in our hearts and it aches a little as if a piece of us is missing, each time they grow away.

Now after all of the complaining about the challenges of nursing a breastfeeding toddler, I should celebrate. I mean really let’s review, I can drink more than an occasional glass of wine, take allergy medicine again, and I’ll never have to pull out that dreaded breast pump again. I should be pouring margaritas and toasting to the end of this era. Yet instead, I just feel sad.

Who wouldn’t want to give that face, whatever she desires!

Latch on, Latch off. You see lots of posts about the gymnastics of nursing a toddler, hell I think I’ve even written one, back when I was writing regularly. We’re not going to discuss this past month hiatus, we’ll chalk it up to Flu-mageddon 2012 and lots of traveling. Anyway, what’s worst than the gymnastics of nursing a toddler, the inconvenience nursing is to their play schedule and 20 second attention span. No that doesn’t mean they want to wean, I can hear some of your brains right now, I’m psychic like that, thinking just wean her. I assure you this kid doesn’t want to wean yet, because when I’m not operating like a convenience store full of milky boob goodness, she simply dive bombs my chest and starts screaming. Because that’s what non-verbal toddlers who don’t know sign language do. They dive bomb your chest. ANYWHERE. In the grocery store, Target, the bank, at the park, Grandma’s house. Anywhere that is super inconvenient for nursing, let alone when you have to nurse a toddler who couldn’t be inconspicuous if her life depended on it. Don’t get me wrong, I’m all for nursing anywhere, but that doesn’t mean I want to put on a production, I don’t need to be the star of Pippa’s lets eat and play and eat and kick and upside down and around the neck and latch on again show. It can wait for home, where there’s a chair or a bed or somewhere comfortable where I can close my eyes and not have to view the show, just take up my role as the nursing 7-eleven, until the same shopper finally makes up her mind and buys the damn milk, so to speak. Waiting ’til home also won’t start the annoying when are you going to wean her questions, the kid’s barely on the charts for her weight as it is, she does eat solid food, we will continue to feed her solid food but I’m not taking away her favorite food source until she wants to. PERIOD. Even if it means I have to live with the role of a 7-eleven for awhile longer. Okay, that’s enough ranting, now I’m going to dazzle you with a few pictures of adorableness and swear to you I will find the energy to write a blog post again before another month somehow passes, perhaps I will even find it in me to make it entertaining, no promises. 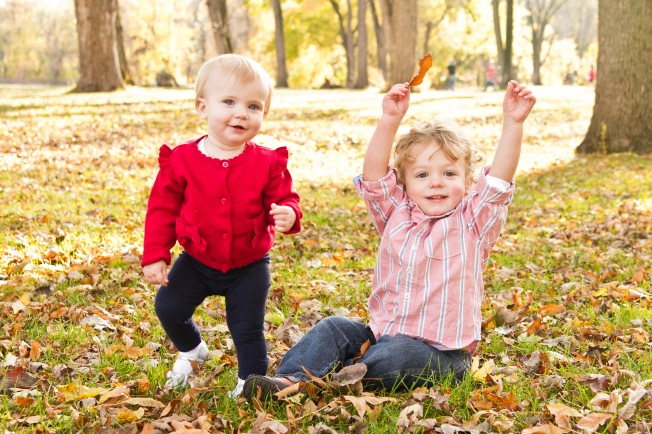 Don’t you just love the snot coming out of his nose, classic!

Also I wish I could bottle his curls and sell them, I would totally buy them for myself if I could!!!

When you first start breastfeeding your biggest concerns center on latching on, positioning, frequency, soreness, adjusting to breastfeeding, fast forward 9 months if you make it that long and you enter a whole new realm of challenging. Suddenly your baby who used to snuggle in and feed herself to sleep thinks she should be entertained while feeding and if you won’t do it she’ll do it herself. How you might ask? Well there’s always slapping you in the face or chest repeatedly. That’s a favorite. Then there is the nose grab, which is almost as painful as the sucker punch but not quite. If that isn’t enough there’s always the crazy legs, kicking at you, away from you. It gets even more entertaining when they decide that isn’t enough and they should make a game out of feeding itself, latching on and then off, rolling away giggling then diving bombing your chest. Screaming desperately if you even think to stop these shenanigans or try to instill some breastfeeding manners (There are such things you know, but I can’t get my kids to sleep most nights so I feel breastfeeding manners are beyond in the realm of possibility). Yet somehow people always think it’s the teeth that makes breastfeeding an older baby/toddler challenging. I’ve never been bitten but I sure was  sucker punched the other day.

Pippa won her first metal this past weekend competing in the Riverfest Baby Races, where she out crawled another baby who flat out refused to crawl at all in the 6-9 month category. Somehow given her recent breastfeeding acrobatics including arching her back in little backbends and contorting her body into a pretzel all while nursing, I suspect this is only one of many metals to come, the rest likely in gymnastics.

Anyone else have amazingly acrobatic little ones or future karate champs on their breasts?

Nothing tastes better than 1st Place!!!

Yup I said it. And if you found this post through some search of the word boob and for  reasons other than reading my whining complaints about breastfeeding, you’re not going to find what you’re looking for here. And if you do, yuck. I have a serious case of formula envy. Who knew there was such a thing, but I’ve got it bad. If you’re thinking it’s because I’m some kind of lush, it has nothing to do with alcohol, and I’m not. In fact, I rarely drink at all or rarely did drink, since I can’t currently and haven’t for YEARS. Though interestingly I can tell you the last drink I had was the last weekend in June of 2009, because I was kinda sorta purposely not drinking that drink because I thought I might be pregnant but hadn’t had time to take the test yet and I didn’t want to raise any red flags by saying no to having a drink during girls weekend (Don’t get me started on how I haven’t had a girls weekend since). Then I was pregnant, and breastfeeding and then when I stopped breastfeeding it was only because I was pregnant again and my milk supply gave out. So now its been almost 3 years since I’ve had a drink, really at this point why go back. Ummm because I still crave a glass of white wine, man if I crave it and don’t even drink that much I can’t imagine what it must be like for those that do. But enough on that tangent, this post is not about alcohol, it’s about my boobs and how I want them back. This is strange since I generally don’t even really like them, they’re kinda on the smallish side when not breastfeeding and nothing overly spectacular, in my opinion. At this point though they simply represent a certain freedom, one that I greatly long for.

There are so many wonderful things about breastfeeding, briefly to name a few, protection against diseases, enormous nutritional benefits, cost savings (hey formulas expensive), special bonding, possibly reduces your risk of certain cancers, etc. etc. Heck looking at it that way it’s practically life saving. What all the brochures don’t tell you is that sometimes it downright SUCKS, no pun intended. You either have to be near your baby on a pretty stinking regular basis or pump regularly enough to maintain some sort of supply of milk for any occasions away from your little bambino. Really, anyone who thinks pumping is convenient, clearly doesn’t do it or not often enough, because I find little joy into having to attach plastic suction cups to the ladies while this annoying humming machine makes weird sounds while it tries to extract milk from my body. At no point in my life did I expect to have something in common with a cow. So now I have formula envy, because it would be so nice to hand Pippa off to her grandparents or a babysitter and get away for a day or a night and not have to worry about having enough milk for her or having to find somewhere to pump and store the milk. But I’m trapped by this tiny little person who makes my heart sing and who I adore but just can’t get away from for quite long enough. So while I in no way would change my choice and don’t get me wrong it even saddens me a little she will be six (6) months old this week and starting on other types of nourishment, I just wish that those breastfeeding pamphlets would be a little more honest with people, maybe I’ll start writing my own…

Breastfeeding; Why it Pays to be a Cow!

Engorgement? It’s not for the faint at heart!!!

I think I should keep my day job…

Error: Twitter did not respond. Please wait a few minutes and refresh this page.